What's on your mind?

Any body remember about the body ( Original owner) Querehsha possessed ??

I came to this wiki hoping to have a few of my questions answered. One of which is: "Is there any news about the possible Solo Leveling anime?". The second is: "Is there a video game that has a similar 'system' mechanic as in the case of the following stories,: Solo Leveling, The Lone Necromancer, SSS-Class Suicide Hunter, Solo Max-Level Newbie, Omniscient Reader, Second Life Ranker, and Is This Hero For Real?"

Is this a death knight?

So I just made an oc not too long ago & I was wondering if Sung Jin-Woo can beat him:

What do you think?

Why didn't Seong Jin-Woo not make Goto a shadow? I was waiting for him to turn Goto into one.. Did he not know about Goto Ryuji dying or did he choose not to :/

Edit: It was stupid to post this when I haven't finished WN Jeju Island arc yet. They explained it why he didn't/couldn't. 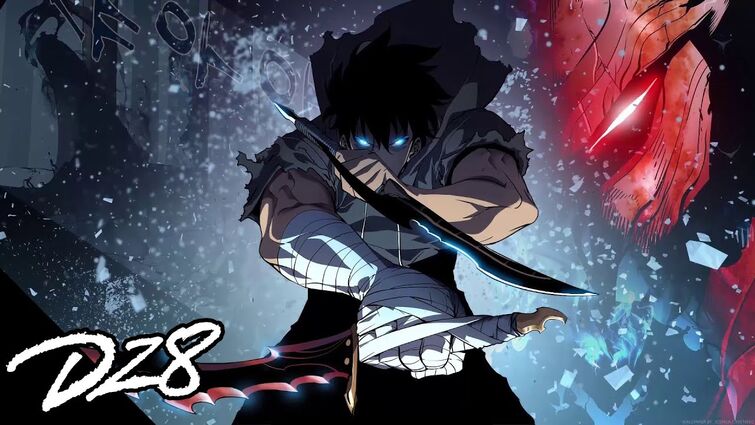 Whats the name of the character in solo leveling volume1(on the cover) ?

Bro Iron Body Monarch was such an L and bitch that in the quick search in "Races", under Monarchs he isn't even shown 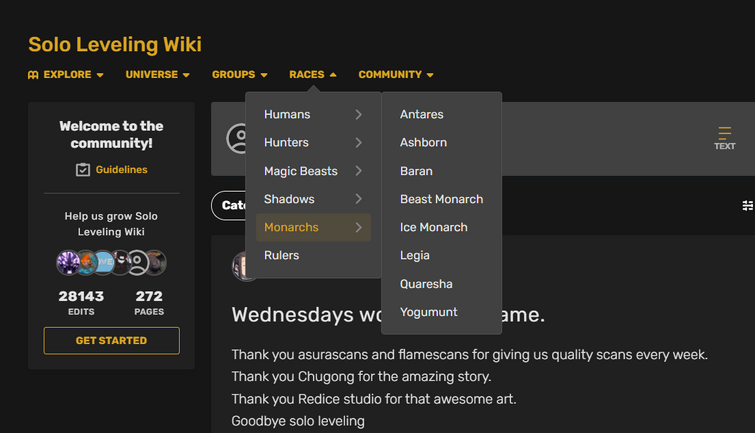 Thank you asurascans and flamescans for giving us quality scans every week.

Thank you Chugong for the amazing story.

Thank you Redice studio for that awesome art.

Does the novel go past this or is it really done?

When Sung Jin Woo used the cup to reincarnate did he lose any shadow soldiers???

Why was the manhwa rushed and is the same thing going to happen with the anime?.

The only people that truly enjoyed solo leveling were the one's that read the novel. Period!

Like for example if the magic Beasts weren't forced to kill humans by the rulers what would've happened.

In the chaos world what would they behave like? Would they still be beasts and devour other races for food and territories or would they not do that?

If monarchs were not given that task of killing the rulers would the monarchs start fighting over themselves?

What would happen if a low rank beast with low intellegence starts to train and becomes a high ranking monster with the increase in mana, would he ever be able to reach monarch like powers?

Also anyone got any idea how magic Beasts come into existence?

Do they breed? Or do they reproduce asexually or can they be created by the monarchs?

I saw some post about SL being a cheap copy of SSN in FB. I don't know how much of it is true or not. so my question is does anyone know when the 1st ch of SL came out? was it written in English to begin with or first there was a Korean Version? Explain in details..someone. thanks 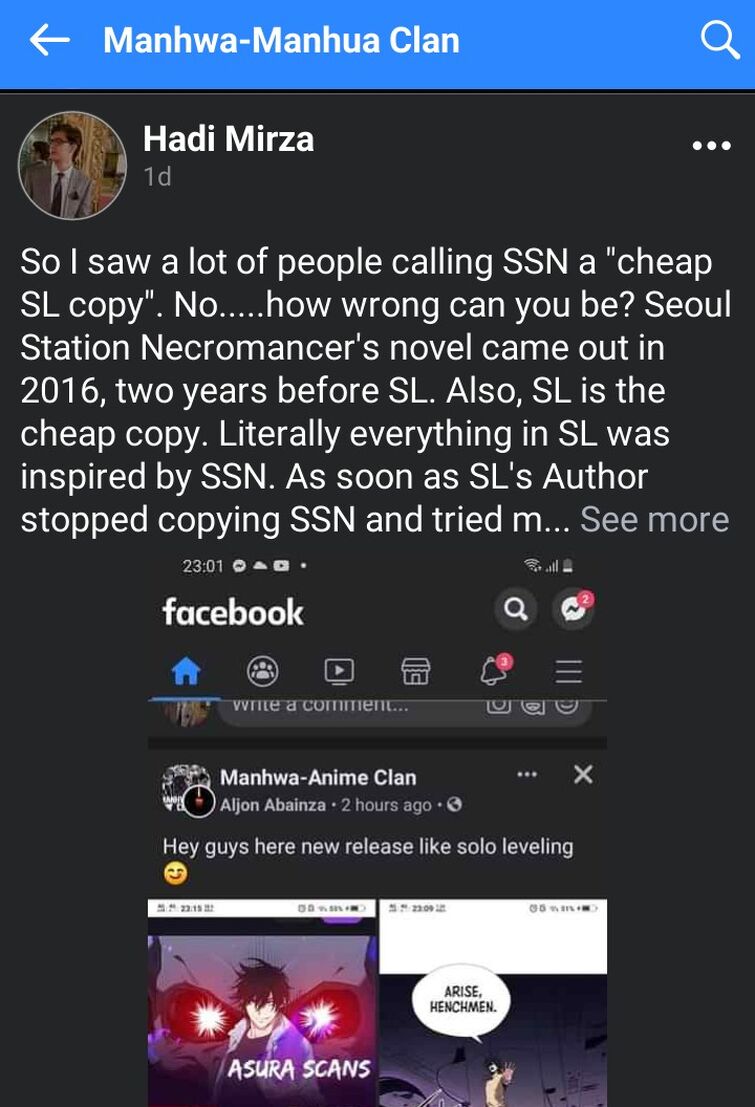 What is difference between solo leveling Manhua and the light novel?

And pls give me the link where I can read the LN. Thanx