Magic Beasts
Essence Stones are small glowing stones that are found inside the corpses of Magic Beasts. They are generally very valuable and serve as the primary source of income for most hunters around the world.

Although the reason why essence stones are so valuable is never actually explained, it is implied that they are a long-lasting and highly efficient energy source, given that Kamish's essence stone was used to power the FBH's HQ for nearly a decade. It is also later revealed that the Rulers created essence stones and implanted them inside the magic beasts that they captured during their first war with the Monarchs to have them kill humans and in turn, saturate the human world with large amounts of mana so that mankind wouldn't be wiped out during their eventual rematch with the Monarchs. 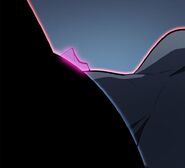