Greed is the shadow of Hwang Dongsoo.

Due to being fully aware of the crimes he made in life, Greed is humble, quiet, and servile towards his master, often asking for permission to speak and addressing him with honorifics. At the same time, however, he displays a thirst for blood in battle.

Following his victory against Thomas Andre, Jinwoo murdered Hwang as revenge for torturing Jinho, extracted the shadow from his corpse, and named it Greed. After using Shadow Exchange to return to Korea, Jinwoo then punished Greed on his first day as a shadow by ordering him to bow his head to the ground.

As a General Grade Shadow, Greed is one of the stronger shadows in Jinwoo's army. 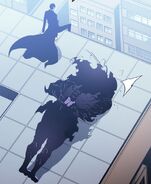 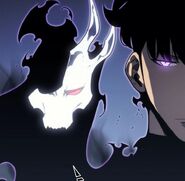