Sung Jin-Woo () is the protagonist of Solo Leveling. He was previously known as the World's Weakest Hunter and delved down the path of becoming the World's Strongest Hunter after he was Reawakened and became a Player.

Jin-Woo was reawakened as a Player after surviving the Cartenon Temple and completing the secret quest "Courage of the Weak". The mysterious System has allowed Jin-Woo to limitless level up and increases his strength, unlike all hunters, who are unable to increase their strength unless reawakened.

Warning! The following are light novel spoilers that have not been covered in the Solo Leveling Manhwa. Click on "Expand" if you wish to read.

He is the founder and guild master of the Ahjin Guild which he created alongside Yoo Jin-Ho to allow him to clear dungeons using his shadows.

Prior to his Reawakening, Jin-Woo was a young man of average height with long black hair and grey eyes; his build was frail, and despite being considered stronger than an ordinary human, he was the weakest among Hunters. Before the D-Rank Dungeon Incident, he wore a gray hoodie and brown undershirt alongside blue jeans.

After his Reawakening as a Player, Jin-Woo was able to grow stronger by increasing his stats, which led to a sudden change to his whole stature/appearance.

Because of this, he grew a few inches taller; his facial features became a lot sharper, and he gained a lean/muscular build. His whole demeanor also became more serious and intimidating. When fighting enemies or when in use of his powers, Jin-Woo's eyes glow of a pale blue. In some cases, an ominous aura seeps from Jin-Woo alongside dark lightning. This is displayed in moments when Jin-Woo is enraged, such as when he killed the Lizards during the Dungeons & Lizards Arc.

Jin-Woo notably comments that his rapid growth and physical changes may be due to the effects of the System as he increases his stats.

Before his Reawakening, Jin-Woo was a kind, nervous, and very timid young man. Despite being so, he respected his fellow Hunters and was brave enough to continue fighting in Dungeons to earn money to care for his sister and to pay for his mother's medical bills; despite being the weakest hunter that had existed.

Jin-Woo is also shown to be an intelligent person, being able to stay calm under pressure as he figured out the clues to fighting the boss of the Double Dungeon while most of the experienced hunters in their party panicked and were killed by the statues when they were trying to escape. This also makes him slightly cautious as he hesitated to reveal his growing strength until he was sure he could protect his family.

After his reawakening, he strives to become a stronger hunter than before. His sole focuses were getting his daily missions done and leveling up via dungeon crawling. He is seen not to be hesitant with his actions and would injure and significantly harm anyone who threatens himself or those he genuinely cares for. Despite this, he is unwilling to draw the shadow of innocent Hunters/civilians. He has only done such rare cases, such as extracting Min Byung-Gyu's shadow to heal Cha Hae-In. He has a great love for those close to him, including his family and close friends such as his sister Sung Jin-Ah whom he attached powerful high orc shadow soldiers to protect her during dangerous situations such as the Orc Gate that opened inside the school she attended.

He is easily enraged if anyone dear to him was injured or threatened and went to great lengths to protect them, as seen when Hwang Dong-Su kidnapped Yoo Jin-Ho where he fought the entire Scavenger Guild alone for the sake of his dear friend. Although Jin-Woo was shown to be indifferent when it to money, wealth, and even humanly desires, he admitted to inadvertently taking a peek at Hae-In's naked form after unwisely using 'Sensory Sharing' through the Shadow Soldier inserted into her shadow.[3]

Jin-Woo has displayed a substantial increase in confidence after receiving the mysterious 'Double Awakening'. He has become powerful yet maintains a relaxed personality. Jin-Woo does not falter in crisis or a threat and is rarely angered. He has displayed less emotion, which may be caused by the use of the system as mentioned by Jin-Woo himself when he states, "One of my emotions died," referring to the possibility that the power of the System is affecting him in some way. Despite this, he rarely questions the System and its unknown origins, which are later explained in the story. He also tends to smile when facing a difficult situation and always maintains the confidence of himself coming out on top in the end.

Even after achieving great power, Jin-Woo does not maintain an aggressive and overconfident against others. He is described by others to be easy to talk to and much more accepting of certain situations he may face. In one instance, two American Hunter Association members pointed guns at Jin-Woo as a result of a misunderstanding. However, Jin-Woo did not use his powers but rather calmly diffused the situation.

Jin-Woo consistently defines his actions by a set of moral codes. He refuses to resurrect innocent humans to serve as shadow soldiers and does everything to protect those weaker than him. Jin-Woo has, on a few occasions, breached such rulers such as in the case of Min Byung-Gyu whose abilities were required to save the dying Cha Hae-In.

Jin-Woo is the eldest child in his family. After his father, Il-Hwan disappeared inside an unknown gate, Jin-Woo took all the responsibilities for his sister, Jin-Ah and Kyung-He, his mother. Both Jin-Woo and his sister have lived in the same house since they were children. Their mother fell victim to the Eternal Sleep Disease leaving Jin-Woo and Jin-Ah all alone for the past 4 years since she fell into a comatose state after contracting the disease.

He worked as an E-Ranked Hunter under the Korean Hunters Association for 4 years, fighting a daily struggle of life and death as he embarked upon journeys into low-ranked dungeons as the weakest E-Rank hunter simply to support his family in such a time of need. He persevered through such dungeons to pay his mother's medical bills and his younger sister's school fees as he attempted to close the gap left behind by their missing father who disappeared inside a gate while attempting to protect his colleagues.

After entering a D-Rank dungeon alongside party leader Song Chi-Yul, Jin-Woo came across the Double Dungeon. Surviving the multiple trials within the temple, Jin-Woo ultimately to become a Player and unique Reawakened Hunter that was able to ceaselessly level up with the support of the mysterious System.

Warning! The following is light novel spoilers that have not been covered in the Solo Leveling Manhwa. Click on "Expand" if you wish to read. 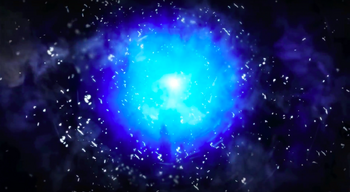 Retrieved from "https://solo-leveling.fandom.com/wiki/Sung_Jin-Woo?oldid=10918"
Community content is available under CC-BY-SA unless otherwise noted.