USA, otherwise referred to as America or the States, is a country located in North America. It is a military superpower, with more S-Rank Hunters than any other nation in the world, and is one of the four countries who have managed to clear at least one S-Rank Gate with its own hunters (alongside China, Russia, and France). It is also the homeland of Thomas Andre and Christopher Reed, two of the five National Level Hunters.

America differs from other countries in that it has a secret weapon when it comes to hunter recruitment: Norma Selner, a upgrader with the unique ability to enhance a hunter's strength past their natural limit. By using her as a bribery tactic, the American government was able to successfully recruit a large number of S-Ranks from foreign countries, including Hwang Dongsoo, into their fold over the years. 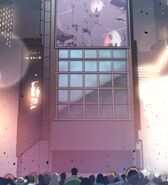